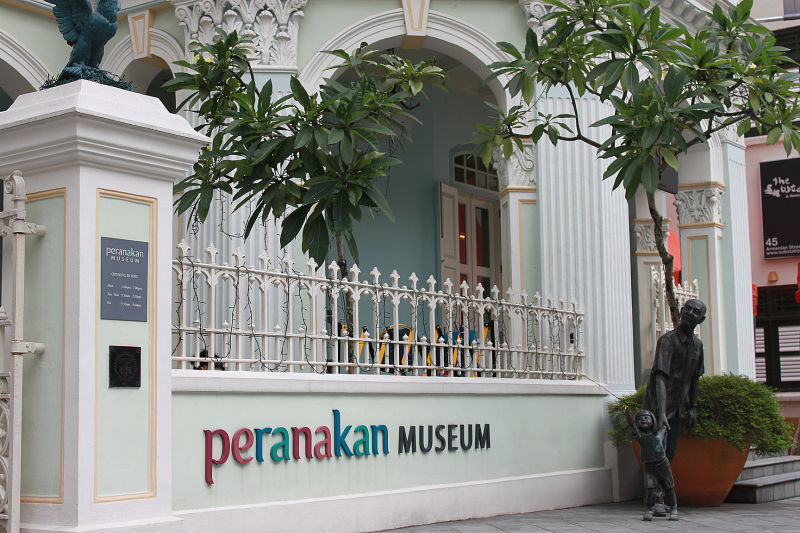 Previous Next
← previous day next day →

Posted by tubby (Singapore, Singapore) on 9 December 2009 in Lifestyle & Culture.

The Peranakan Museum is a National Heritage Board Museum under the Asian Civilisations Museum. It explores the culture of Peranakan communities in the former Straits Settlements of Singapore, Malacca and Penang and their links with other communities in Southeast Asia.

Who are the Peranakans?
For centuries, the riches of Southeast Asia have brought foreign traders to the region. While many returned to their homelands, some remained behind, marrying local women. Read more about the Peranakan at: Wikipedia